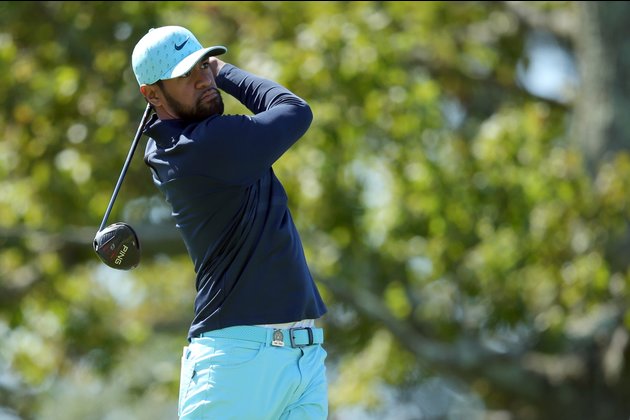 According to the Deseret News of Salt Lake City, Molonai Hola, a former business associate of Finau, is seeking more than $16 million in money he said the golfer owes him for expenses, plus compensatory damages.

In the filing, Hola contends that after meeting the Finaus more than 20 years ago, he started financing their expenses with the promise of being repaid but wasn't. At the time, Hola owned Icon Sports and paid the expenses for Finau and his brother, Gipper, also an aspiring golfer.

"We are aware of the matter and have the utmost faith in the legal process," said Christopher Armstrong, Finau's agent, per the Deseret News. "We will not be making further comment at this time."

Tony Finau, a Utah native, made a splash in golf events as a preteen and teen, winning the Utah State Amateur in 2006 when he was 16. His brother also was an accomplished youth golfer and played for a time on the Korn Ferry Tour.

In the lawsuit, Hola contends he paid numerous expenses for the family as the aspiring golfers worked on their game, including mortgage payments, medical insurance and travel costs, the Deseret News reported.

The expenses totaled nearly $600,000, but Hola is seeking that amount, interest and compensatory damages. In the lawsuit, he contends he was promised a share of the brothers' future earnings.

Tony Finau, 31, has one PGA Tour victory (2016 Puerto Rico Open) and has earned $20.3 million. He was a member of the 2019 Presidents Cup and 2018 Ryder Cup teams for the United States. He finished in a tie for eighth place at the U.S. Open earlier this month.

His brother last played on the Korn Ferry Tour in 2017.